Safety & Security Must Be Our Top Priority

We must learn to expect the unexpected and be willing to make safety and security our top priority. Active shooter training experts agree that the best way to engage an active shooter is to run, hide and fight. Patriot Defense Systems (PDS) ballistic backpacks provide an additional layer of protection when running from an activmay e shooter. A large number of fatalities result for bullet wounds to the back. Hiding is certainly more effective with our backpacks because they can be used as a shield to protect vital body parts while fleeing or to block bullets when barricaded in a room. Finally, our ballistic backpacks can be used to ram attackers.

According to data from the Gun Violence Archive, on average there is a mass shooting of four or more people in one incident 9 out of every 10 days. The United States has the highest rate of gun violence of any developed nation in the world. Americans own more than 265 million guns, at least one gun for every living adult.​ Over 2500 people have been killed in mass shooting over the past four years and nearly 7,000 more were injured. According to The Washington Post there have been 130 school shootings — and as many deaths — in elementary, middle and high schools since 2000. Unfortunately, ballistic  backpacks are the wave of the future and are providing student, teachers, professors and law enforcement professional extra protection against active shooters and violent criminals. What is peace of mind worth?

We use premium lightweight UHMWPE ballistic armor not steel armor or kevlar. Ultra-high-molecular-weight polyethylene (UHMWPE) is a subset of the thermoplastic polyethylene. It is arguably the strongest and lightest bulletproof armor with the highest impact strength. Unlike our competitors, we fortify our backpacks and sling packs with NIJ Level III and NIJ Level IIIA ballistic resistance armor.

Expect the unexpected. Be prepared and vigilant by making you and your family’s security a top priority. 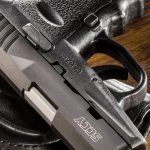