The Supreme Court has placed itself back on the frontlines of the U.S. culture wars by taking up major cases on abortion and guns, with rights cherished by millions of Americans – and potentially the future of the nation’s top judicial body itself – on the line.

By: Andrew Chung and Lawrence Hurley

And to add to the drama, rulings in the two cases are expected to come next year in the run-up to mid-term elections in a politically polarized United States that will decide if President Joe Biden’s fellow Democrats maintain control over both chambers of Congress.

The conservative-majority court on Monday agreed to hear Mississippi’s bid to revive a Republican-backed state law that bans abortion after 15 weeks of pregnancy, a case that could undercut the 1973 Roe v. Wade ruling that legalized the procedure nationwide.

The justices on April 26 agreed to take up a challenge backed by the National Rifle Association to New York state’s restrictions on people carrying concealed handguns in public, a case that could further damage firearms control efforts nationally.

The two cases will be argued and decided during the court’s next term, which runs from October to June 2022.

The term could be a blockbuster, with other possible cases challenging voting restrictions enacted by Republican-led states following former President Donald Trump’s false claims of a stolen election and affirmative action policies used by universities to increase admissions of Black and Hispanic students.

Wins for conservatives in the gun and abortion cases may actually help Democrats in the 2022 elections by angering and motivating liberal voters, according to some experts.

“I think the most likely outcome is that the Supreme Court will make conservative decisions in these cases, favored by the political right, and that will create activism and enthusiasm on the left, which could affect turnout,” said Emory University political science professor Tom Clark, a specialist in Supreme Court decision-making.

A ruling overturning or weakening Roe v. Wade likely would be viewed as political by many Americans, helping Democratic candidates draw votes from political moderates and suburban women, Clark added.

“Taking something away from people is more angering than giving them something they’ve been asking for,” Clark said.

A Reuters/Ipsos poll of U.S. voters last year found that 76% of Democrats and 61% of independents, compared to 40% of Republicans, agreed that “abortion should be legal in most cases.”

John Malcolm, a legal scholar at the Heritage Foundation conservative think tank, said rulings in the cases are bound to prod not just liberals but conservatives as well.

“Pro-life conservatives – and there are a lot of them out there – are going to be galvanized to say, ‘Hooray, Roe v. Wade is being chipped away at, and we need to elect pro-life legislators,” Malcolm added.

The gun and abortion rulings could have consequences for the court itself. Biden on April 9 formed a bipartisan commission to make recommendations on potential changes to the court including expanding the number of justices beyond the current nine, a goal of some liberals eager to end its conservative majority, or ending lifetime appointments for justices. The commission is due to meet for the first time on Wednesday.

Carrie Severino, president of the Judicial Crisis Network conservative legal group, said liberal activists are trying to intimidate the court by pushing for new seats to be added.

“The court cares more about the Constitution than toeing the liberal line,” Severino added.

Liberal activists remain enraged that Trump was able to make three appointments to the high court, including filling one vacancy after Senate Republicans blocked consideration of a nominee put forward by Democratic former President Barack Obama in 2016. The court now has a 6-3 conservative majority.

The court’s decisions to hear the abortion and gun cases – disputes that could yield far-reaching rulings – illustrate the waning clout of Chief Justice John Roberts, a conservative known for an incremental approach to changing the law, according to Chicago-Kent College of Law professor Carolyn Shapiro. When the court had a 5-4 conservative majority, Roberts was the man in the middle, often casting the decisive vote in close cases.

“The most significant thing is that the chief can’t stop his (conservative) colleagues, who are all further to the right than him, from making significant and explicit changes in the law,” Shapiro said.

Brian Fallon, executive director of the liberal legal advocacy group Demand Justice, said taking up the abortion and gun cases shows the conservative justices are unconcerned about the political repercussions of their actions.

“The Republican-appointed justices appear to be moving even quicker than analysts predicted to make good on their super-majority status,” Fallon said.

Photo credit to Supreme Court of the United States 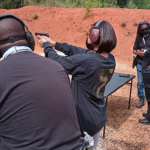 The Fight Against Gun Control Has Some Surprising New AlliesGeneral 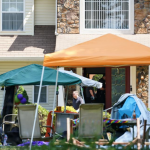