BRIDGETON, N.J. (AP) — A shooting at a birthday party in New Jersey that left two people dead and 12 injured was not a random act and was a reflection of gun violence that has swept the nation, Gov. Phil Murphy said.

“A birthday party is supposed to be a joyous event, not a target for those hellbent on inflicting harm on a community,” the Democrat said during a news conference Monday.

Authorities arrived at the house where hundreds were partying in Fairfield Township, about an hour outside of Philadelphia, late Saturday night. The party had grown after another party was broken up following a noise complaint around 11 p.m., authorities said.

Most of the party-goers were gone by the time police got to the house and authorities said multiple weapons were recovered.

Attorney General Gurbir Grewal, citing the size and number of victims, said it was “not a random act of violence,” However, he did not discuss a motive.

Kevin Elliott, 30, and Asia Hester, 25, both of Bridgeton, were killed, authorities said.

The dozen people who were injured ranged in age from 19 to 35. Some have been released from hospitals while others “continue to fight for their lives,” the governor said.

Two cousins who live in the area of the shooting said they heard music from the party until after midnight, then a series of shots — at least 15 of them over a few minutes.

Joeron Pierce and James Pierce, who live in homes next to each other, said that there was chaos after that. Partygoers ran through their yards and asked to come into their houses. They said cars ran into one other trying to speed away.

Murphy, who is up for reelection this year, has made a priority of anti-gun legislation.

“If there is one thing we can’t normalize it’s senseless gun violence,” Murphy said. 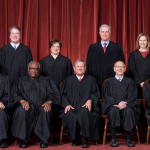 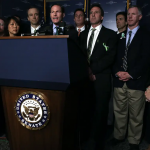 Gun Control Fails Quickly in Congress After Each Mass Shooting, but States Often Act – Including to Loosen Gun LawsGeneral