Suspect Charged With 10 Counts of Murder in Boulder, Colo., Shooting

Suspect in hand, investigators hunt for a motive in the Boulder shooting.

The suspect was convicted in 2018 of misdemeanor assault against another student at his high school, and fellow students recall him as having a fierce temper.

Investigators on Tuesday were trying to determine what motivated a 21-year-old man, charged in the shooting at a Boulder, Colo., grocery store, to take the lives of 10 people, in the second mass shooting in the United States in less than a week.

The gunman was armed with both a military-style semiautomatic rifle and a pistol when he walked into the King Soopers store on Monday and opened fire, officials said. They identified the suspect who was arrested at the scene as Ahmad Al Aliwi Alissa, who lived in Arvada, a nearby suburb; he was charged on Tuesday with 10 counts of first-degree murder, which in Colorado carries a penalty of life imprisonment without parole.

A police affidavit made public on Tuesday said that last week he bought a Ruger AR-556 semiautomatic pistol — essentially a shortened version of an AR-15 style rifle, which fires the same small-caliber, high-velocity ammunition, first developed for battlefield use. Statements from the police and the charging documents did not make fully clear what models of weapons he used in the attack, and whether the Ruger was one of them.

The suspect’s identity was previously known to the F.B.I. because he was linked to another individual under investigation by the bureau, according to law enforcement officials.

When he was a senior at Arvada West High School, Mr. Alissa was convicted in 2018 of misdemeanor assault against another student in a classroom, and told the police at the time that it was in retaliation for insults and ethnic taunts. Fellow students recall him as having a fierce temper that would flare in response to setbacks or slights.

Mr. Alissa’s brother described him to the Daily Beast as mentally ill, paranoid and antisocial.

Among the victims of the massacre on Monday was Officer Eric Talley, 51, with the Boulder Police Department, who had responded to a “barrage” of 911 calls about the shooting, Chief Maris Herold said.

Chief Herold said at a news conference that police officers had run into the King Soopers grocery store within minutes of the shooting and had shot at the suspect. No other officers were injured during the response, she said. She said Mr. Alissa was taken to a hospital for treatment of a leg injury

Court records show he was born in Syria in 1999, as did a Facebook page that appeared to belong to the suspect, giving his name as Ahmad Al Issa; the page was taken down within an hour of his name being released by the authorities. Michael Dougherty, the Boulder County district attorney, said the suspect had “lived most of his life in the United States.”

Mr. Alissa was a wrestler in high school and the Facebook page listed wrestling and kickboxing as being among his interests, and many of the posts were about martial arts. One, in 2019, said simply, “#NeedAGirlfriend.”

The shooting came just six days after another gunman’s deadly shooting spree at massage parlors in the Atlanta area.

“Flags had barely been raised back to full mast after the tragic shooting in Atlanta that claimed eight lives, and now a tragedy here, close to home, at a grocery store that could be any of our neighborhood grocery stores,” Colorado’s governor, Jared Polis, said at the news conference.

Chief Herold said the coroner’s office had identified all of the victims and notified their families before 4 a.m. Tuesday.

A video streamed live from outside of the grocery store on Monday had appeared to show a suspect — handcuffed, shirtless and with his right leg appearing to be covered in blood — being taken from the building by officers.

Employees and shoppers inside the grocery store described a harrowing scene.

“I thought I was going to die,” said Alex Arellano, 35, who was working in the store’s meat department when he heard a series of gunshots and saw people running toward an exit.

The shooting victims included a police officer, grocery workers and a retiree.

The authorities in Boulder, Colo., on Tuesday identified the 10 victims of the King Soopers grocery store shooting.

Among the victims was Officer Eric Talley, 51, with the Boulder Police Department, who had responded to a “barrage” of 911 calls about the shooting. Authorities identified the nine other people who were killed as Denny Stong, 20; Neven Stanisic, 23; Rikki Olds, 25; Tralona Bartkowiak, 49; Suzanne Fountain, 59; Teri Leiker, 51; Kevin Mahoney, 61; Lynn Murray, 62; and Jody Waters, 65.

Here is what we know about the victims so far.

‘Brough life to the family’

Rikki Olds, a 25-year-old who loved the outdoors, was a front-end manager at King Soopers, where she had worked for about seven or eight years, her uncle, Robert Olds, said.

Ms. Olds was an energetic, bubbly and “happy-go-lucky” young woman who “brought life to the family,” he said.

The whole family is in shock, particularly Ms. Olds’ grandmother, who raised her. “My mom was her mom,” he said. “My mom raised her.”

Eric Talley, an 11-year veteran of the Boulder Police Department, was described as “heroic” by Chief Maris Herold.

“The world lost a great soul,” said Officer Talley’s father, Homer Talley. “He was a devoted father — seven kids. The youngest was 7 and the oldest was 20, and his family was the joy of his life.”

Lynn Murray, 62, was at the grocery store on Monday filling an Instacart order, which she had enjoyed doing to help people since her retirement.

Ms. Murray was a former photo director for several New York City magazines, her husband said. The couple moved from New York in 2002, first to Stuart, Fla., then to Colorado, to raise their two children.

“I just want her to be remembered as just as this amazing, amazing comet spending 62 years flying across the sky,” said her husband, John Mackenzie.

Mr. Bartkowiak described his sister, the eldest of four close-knit, California-born siblings, as “just a beam of light.” She had moved to Boulder to run the store, Umba, owned by their sister.

“She rented a house outside Boulder,” he said, “and lived there with her little Chihuahua, Opal. She had just gotten engaged.”

Teri Leiker, 51, had worked for about 30 years at King Soopers, according to her friend, Alexis Knutson, 22.

Ms. Knutson met Ms. Leiker through a program called Best Buddies that connects students at University of Colorado Boulder and members of the community with intellectual and developmental disabilities. They attended C.U. sporting events together, and Ms. Leiker loved to cheer on the teams.

Ms. Knutson struggled to comprehend what had happened. “The fact that this happened is just devastating, especially somewhere where she goes to work every day,” she said.

Kevin Mahoney, 61, was soon to become a grandfather, according to his daughter, Erika Mahoney.

“My dad represents all things Love,” she said on Twitter. “I’m so thankful he could walk me down the aisle last summer.”

“I am now pregnant,” she said. “I know he wants me to be strong for his granddaughter.”

A grocery worker who enjoyed hunting

Denny Stong, 20, had worked at King Soopers for several years. A high school friend described him as one of the kindest people she had ever met.

Molly Proch said Mr. Stong enjoyed hunting but also supported strengthening certain gun regulations. “He was so passionate about expressing how he thought the government should handle weapons,” to avoid mass shootings, she said. “And then this is how he’s not here anymore.”

A gardener and generous neighbor

Neighbors knew Suzanne L. Fountain, 59, as a prolific gardener who passed a steady stream of tomatoes, lettuce and basil over the wooden fence surrounding her yard. “She would always share her abundance with us,” said Laura Rose Boyle Gaydos, who until recently lived next door.

Ms. Fountain was an actress in the early 1990s, appearing in productions at the Denver Center for the Performing Arts. More recently, she found a creative outlet at eTown, a nationally syndicated public radio show produced in Boulder.

In 2018 she embarked on a new career, advising people turning 65 about how to apply for Medicare.

The son of refugees

Neven Stanisic, 23, had been fixing coffee machines at the Starbucks inside the supermarket, and was in the parking lot, just leaving, when he was gunned down, said the family’s priest, the Rev. Radovan Petrovic.

Mr. Stanisic was the son of Serbian refugees who had fled Bosnia during the 1990s. His Facebook page is filled with anime drawings, and his profile picture shows him posing with friends from his Lakewood, Colo., high school.

He was the shining hope, Father Petrovic said, “of a family who, like many refugees, had come with basically nothing but their lives, to start a new life here.” 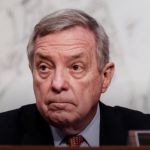 ‘What are we doing?’ Democrats in Congress Demand Action on Gun Control as Republicans Push Back.General 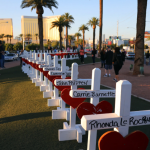 A Bleak, Long and Incomplete List of Recent Mass Shootings.General