“There was some talk of that legislation, but then it was realized pretty quickly up at the Capitol that there was this gun bill that was laying in wait,” said, who is in his first year on the Iowa State Sheriffs and Deputies Association Legislative Committee.

The gun bill was House File 756, a constitutional carry bill that will roll back what now are aggravated misdemeanor gun offenses to serious misdemeanors effective July 1.

“Any time you’re convicted of an aggravated misdemeanor involving a firearm, that’s a disqualifier to be able to carry a gun,” Glendening said. “So now that it has been reduced down to a serious misdemeanor, that won’t disqualify them in the future, so the repeat might become more of an issue.”

Some crimes the new law will classify as misdemeanors, such as carrying a handgun while intoxicated, still can be charged as a class D felony under federal law.

No permit needed, but you may want to get one anyway

Beyond the reduction from aggravated to serious misdemeanor, the new law will allow Iowans to carry weapons without a permit, so long as there is nothing in their history that would have prevented them from being able to obtain a permit.

Glendening said he supports Second Amendment rights of legal and responsible gun owners, but he has concerns permitless carry may create confusion and uncertainty regarding who can legally own and carry a handgun.

“I think there’s going to be maybe a few people who land in that area where they couldn’t get weapons permit, didn’t know if they could, and now they’re just going to start carrying because now they don’t have to have one and they’re going to say it’s constitutional carry,” Glendening said.

By getting a permit to purchase or carry prior to purchasing a handgun, gun owners will ensure they are complying with state and federal laws.

Richard Beames, who owns RSB Guns, 10840 Mill Dam Road, does not believe the new law will result in a decrease of gun permits.

“From what I’ve heard from people, it’s not really going to change people’s minds.” Beames said, explaining the customers he has spoken to about the matter have indicated they intend to keep their permits. “(A permit) just makes it so much easier, because if you happen to be in Des Moines or somewhere at a gun store and see a gun you’ve been looking for, you can buy it as long as you have a concealed carry and you can take it out the door with you, because your background check’s already been done with (the permit).”

Additionally, 13 states outside of Iowa honor Iowa gun permits while another four recognize Iowa resident permits, allowing legal Iowa gun owners with permits to take their handgun with them when they travel to those states. Fifteen states allow permitless carry.

Under the new law, federally licensed handgun dealers must require either a permit or a background check prior to making a sale.

Those requirements will not extend to private handgun sellers, though selling, renting or loaning a gun to a person the seller “knows or reasonably should know” is prohibited from owning firearms will be a class D felony, which is punishable by up to five years in prison.

Knowing for certain whether a person can legally carry could be difficult without those background checks.

Glendening said any questions about whether a person can legally own a firearm can be answered by the buyer getting a permit.

“If you question whether somebody can legally possess a firearm, then I would encourage people to say, ‘I’d just feel better if you had the permit in hand to say you can legally purchase a firearm’,” Glendening said. “That way, it takes the burden off you, and it puts the burden on us (at the sheriff’s office).”

How to obtain a permit

Prior to Iowa becoming a “shall-issue” state in 2011, the decision of whether to issue a gun permit largely was left at the discretion of local sheriffs. Since that legislation, signed into law by then-Gov. Chet Culver, went into effect, any Iowan who applies for a permit is issued one so long as they pass National Instant Criminal Background Check System, Interstate Identification Index and local criminal background checks.

“Everybody who wants a permit to carry who can legally have one, they get one. We don’t withhold people. That’s their legal right,” Glendening said. “When somebody applies down here, we do that NICS check, we make sure that they can legally carry, and if something pops up in the meantime when they have that permit, then we can revoke that permit.”

There are 617 permits to purchase and 5,416 permits to carry in Des Moines County. Only about 1 or 2% of applicants are denied.

Those wanting a permit to purchase and/or carry a handgun first must complete state-approved handgun safety training. Training is not required for permit renewals.

Once that training is complete, they can apply at their county of residence’s sheriff’s office. Fees for permits to purchase a handgun are $25, and permits to carry are $50. Permits are good for five years and can be renewed for $25.

After completing a two-page form, the sheriff’s office clerks will run the necessary background checks and pass the application along to a designated deputy.

“They run all that information based on all these questions on the application and I review them to make sure they’re not unqualified because of a federal prohibitor or a state prohibitor,” Des Moines County Sheriff’s Chief Deputy Brett Grimshaw said. “If they have a clean record and don’t fall under one of those categories, then I go ahead and sign off on it, we send that information into the state and they will issue the actual card to the person.”

Processing those applications takes only a few days, and Grimshaw estimated he handles between 50 and 100 per week, explaining this year has been particularly busy for renewals since it marks the 10th year since Iowa’s “shall-issue” law took effect.

Permits can be suspended for offenses such as carrying a gun while intoxicated.

“If people do have a valid permit, they’re not valid if you’re under the influence of alcohol,” Grimshaw said. “If they’re drunk, they’re just not valid. We seize their gun, we seize their permit. … It can take months to get it back.”

Don’t skimp on the training

Glendening, Grimshaw and Beames highly encourage those who opt not to get a permit still complete a quality training course.

“Training is of the utmost importance, so I would just encourage all of our citizens, even going to permitless carry, get some good training,” Glendening said. “Get out there and get that exposure.”

The sheriff’s office offers gun safety courses that include classroom training, during which instructors will go over safety procedures, safe handling, storage (when stored properly, gun owners can greatly reduce the risk of their gun(s) being stolen) and law requirements on how to possess a firearm, as well as range training, though the range training is optional.

Grimshaw said training has not been offered for the past year because of the pandemic, but it will be available based on demand. About 25 people are needed for a class.

The state also recognizes some online training, but the quality of that training may be lacking depending upon the provider.

Where you can fire your weapon

Barring an act of self-defense, Iowa law the firing of guns within 200 yards of any residence or animal housing or feedlot operation. Consent of the property owner also is needed.

As for self-defense, “They fall under the same standard that we do when we have to use deadly force,” Grimshaw said.

Glendening explained shooting in self-defense is justifiable only when necessary to protect yourself or others from serious injury or death.

Where you can carry a handgun

Private businesses still may bar the presence of weapons.

Only on-duty school resource officers may carry a gun on school grounds, though once the constitutional carry law goes into effect, that will extend to off-duty police officers and reserve officers.

People can bring guns into publicly-owned buildings, such as sheriff’s office lobbies, city halls and courthouses, though not in courtrooms. There can, however, be exceptions.

“If you can legally carry elsewhere then you can legally carry in those areas, unless those public entities put in a screening process,” Glendening said. “So if we screen everybody for firearms and put in metal detectors and put in courthouse security at the courthouse, then we could stop all weapons from coming in, but absent of that, they have a right to carry in those areas.”

How to store your guns

Guns should be stored in a locked safe or gun cabinet and out of reach of children.

By storing guns safely, Glendening said, you can safeguard against them being stolen or falling into the wrong hands.

“Secure those guns, keep them out of the reach of children, get a good safe, get a good gun cabinet, put gun locks on there that kids don’t have access to,” Glendening said. “A lot of the guns we see on the streets, they get there through thefts, through burglaries, and sometimes by household guests that maybe a parent wouldn’t approve of but maybe the kids had over at a gathering, and all of a sudden, the next day, a gun’s disappeared. … Once guns hit the streets, it’s so hard to recover them. They get sold for a couple hundred bucks or they get traded for something else illegal, and it’s hard to find them at that point.”

State and federal prohibitors for obtaining a permit to carry still will apply to those carrying a handgun without a permit after Iowa’s new law takes effect July 1, meaning carrying a handgun under any of the following circumstances can be charged as a serious misdemeanor or greater crime.

The following are federal disqualifiers:

Photo taken from The Hawk Eye 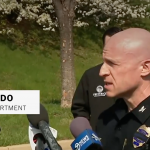 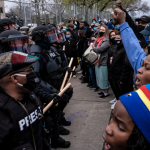