Across States, A Checkerboard of Gun Laws Reflects A Partisan Tilt.

Hundreds of miles apart but at exactly the same time on Monday afternoon, a gunman opened fire in a supermarket in Boulder, Colo., and Iowa State Senate Republicans voted to gut the state’s law requiring permits to carry concealed weapons. The bill’s sponsor expressed relief that Iowans would be able to exercise their gun rights “without a permission slip.’’

The diverging efforts reflect the national checkerboard of state-by-state gun laws that align with the partisan tilt of each state, while Congress has not addressed gun violence with meaningful legislation since 1994, when a 10-year ban on assault weapons was included in the crime bill championed by now-President Biden.

Since the 2012 massacre at Sandy Hook Elementary School in Connecticut killed 20 first-grade students and six adults, 13 states, all controlled by Democrats, have enacted or expanded background checks for new gun purchases. Meanwhile, 14 states, all controlled by Republicans, have passed laws allowing their citizens to carry guns with no permit process at all, as the Iowa legislation would do.

The political divide on gun policy across the states is another example of the way national issues — including abortion rights and, in the post-Trump era, voting rights — are defining local politics.

Still, gun politics has shifted drastically in the decade since the Sandy Hook shooting. Since then, two major gun control organizations, backed by former Mayor Michael R. Bloomberg of New York and former Representative Gabrielle Giffords of Arizona, a victim herself of gun violence, have built nationwide grass-roots organizations. In the 2018 and 2020 elections, the groups outspent the embattled National Rifle Association in federal campaigns for the first time.

Photo from The New York Times 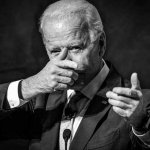 Biden Goes All in On Calls for Extreme Gun ControlGeneral

Biden Calls for Action on Gun Violence After Two Mass Shootings in A Week.General